Katie is a mummy blogger from Little House of Words, who shares her creative experiences and tips from craft times with her 5-year-old, known as Wriggler, and 3-year-old, known as Fidget. The newest addition to her family is Squish (at only a few months old), who is mostly napping when craft time happens.

Getting stuck into playing with the children means that sometimes I end up being a superhero to their villain, a mummy dinosaur to a baby dino, or a customer at a restaurant where the food is made from modelling dough. Yum!

While there are downsides to playing with dough (mixed colours, crumbs all over the floor and random dried out flakes found hours later), there are pros as well. Because the dough is malleable you can make it into anything, including using it to form shapes, letters and numbers. 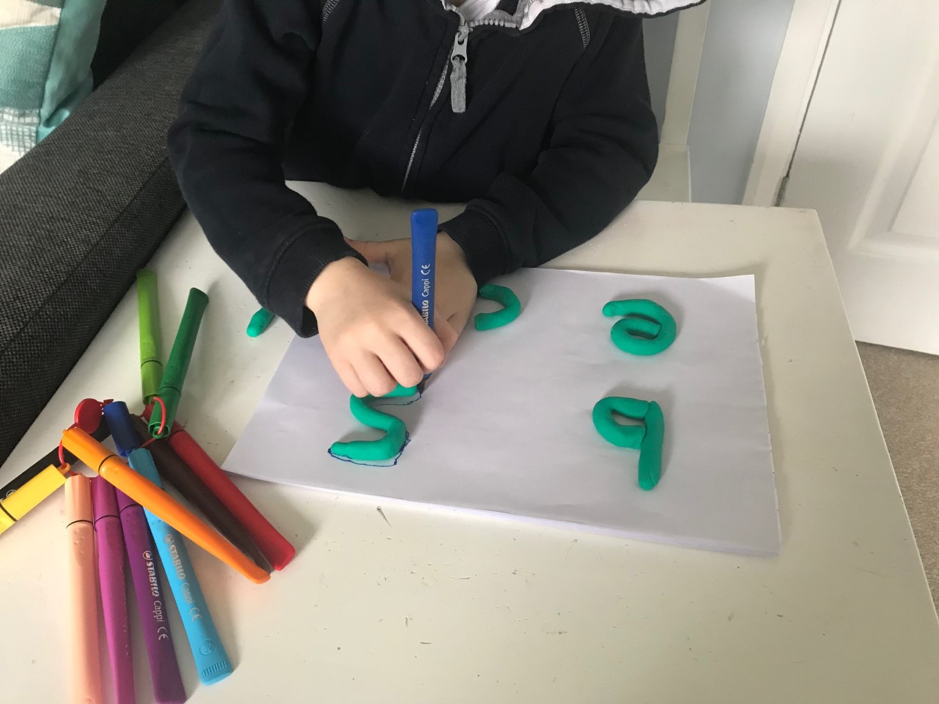 It was this activity that we started doing one rainy Thursday. What began as playing ‘café’ became a little learning opportunity, by mixing things up a little and creating some shapes and letters for Fidget and Wriggler to trace around.

Being a pre-schooler, Fidget is at that stage where shape formation and colour recognition is a big part of play, and it is really good to support the development of this understanding. Wriggler is now in Year 1 and the focus is increasingly on how to finesse their handwriting and consolidate letter or number formation, so anything that helps do that in a fun way is useful for him.

With this in mind, I encouraged the children to trace around the dough shapes we had made with STABILO Cappi colouring felt-tip pens to reinforce what they were seeing and learning. We then squashed the dough back together and did it all over again. 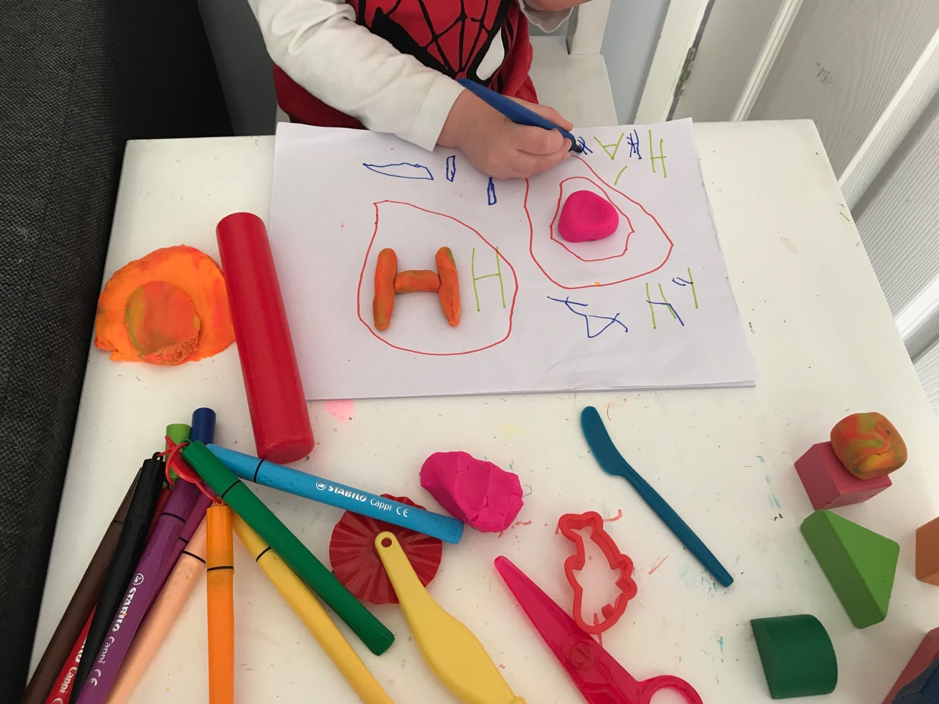 It was great hearing them name different 3D shapes and see how the colours of the dough changed as it all got mixed up, but it was also great seeing how they understood more about the formation or orientation of various letters that sometimes can prove tricky –like ‘b’s and ‘d’s – and numbers – like 3 and 5.

Doing ‘homework’ in subtle ways like this takes the pressure to get it correct, and helps children understand how things come together, giving them more confidence in their skills.