Katie is a mummy blogger from Little House of Words. She shares creative experiences and tips from craft times with her 6-year-old, known as Wriggler, and 3-year-old, known as Fidget. The newest addition to her family is Squish and (at only nine months old) is mostly napping when craft time happens.

On Wriggler’s transition day last year (where the children moving schools or year groups get to meet their new teacher), his class were given the task of drawing what they wanted to be when they grew up. Some children wanted to become ballerinas or ninjas...Wriggler wanted to become a palaeontologist.

This is something he has become surer of during the last year, especially when he met some real-life palaeontologists at the Jurassic Coast and asked so many questions about what they did and how he could do it too.

It was lovely to revisit his desire on this year’s transition day and then use this STABILO self-pen portrait activity sheet to create a picture of what he saw himself doing when he becomes a grown up. 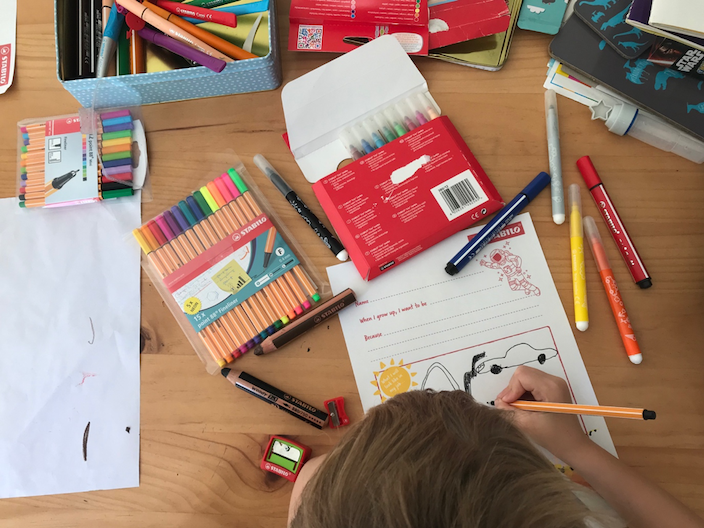 He planned his drawing with great care as he wanted to include so many details – like the tools used to find fossils and all the types of fossils that he loves. Plus, the muddy car that he would use to get to the site and his tent with his reference books in. He used a range of STABILO pens when working on his creation, including STABILO point 88 for the fine line drawing and details, and enjoyed making a splash of colour with the STABILO TRIO Jumbo pens. 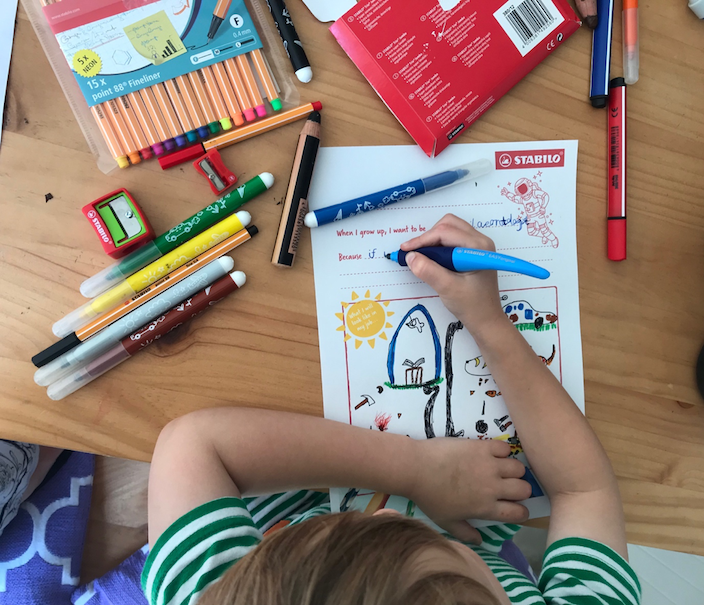 He then wrote about why he wanted to be a fossil finder when he grows up, using the STABILO EASYoriginal. This pen is just right for key stage 1 children building their letter formation and moving towards cursive script. Looking back over the last year his handwriting has really evolved and matured, alongside his confidence in the pictures he creates to compliment his writing.

While he and I were talking about what his life would be like on a site and making exciting discoveries, Fidget bounded into the room, announcing he too wanted to draw what he wanted to be. So, armed with a red STABILO Trio Scribbi he drew…a red ninja! His imagination is in full flight at the moment and he just wants to battle bad guys.

Download the STABILO self-pen portrait activity sheet and enter the Facebook competition for a chance to win! 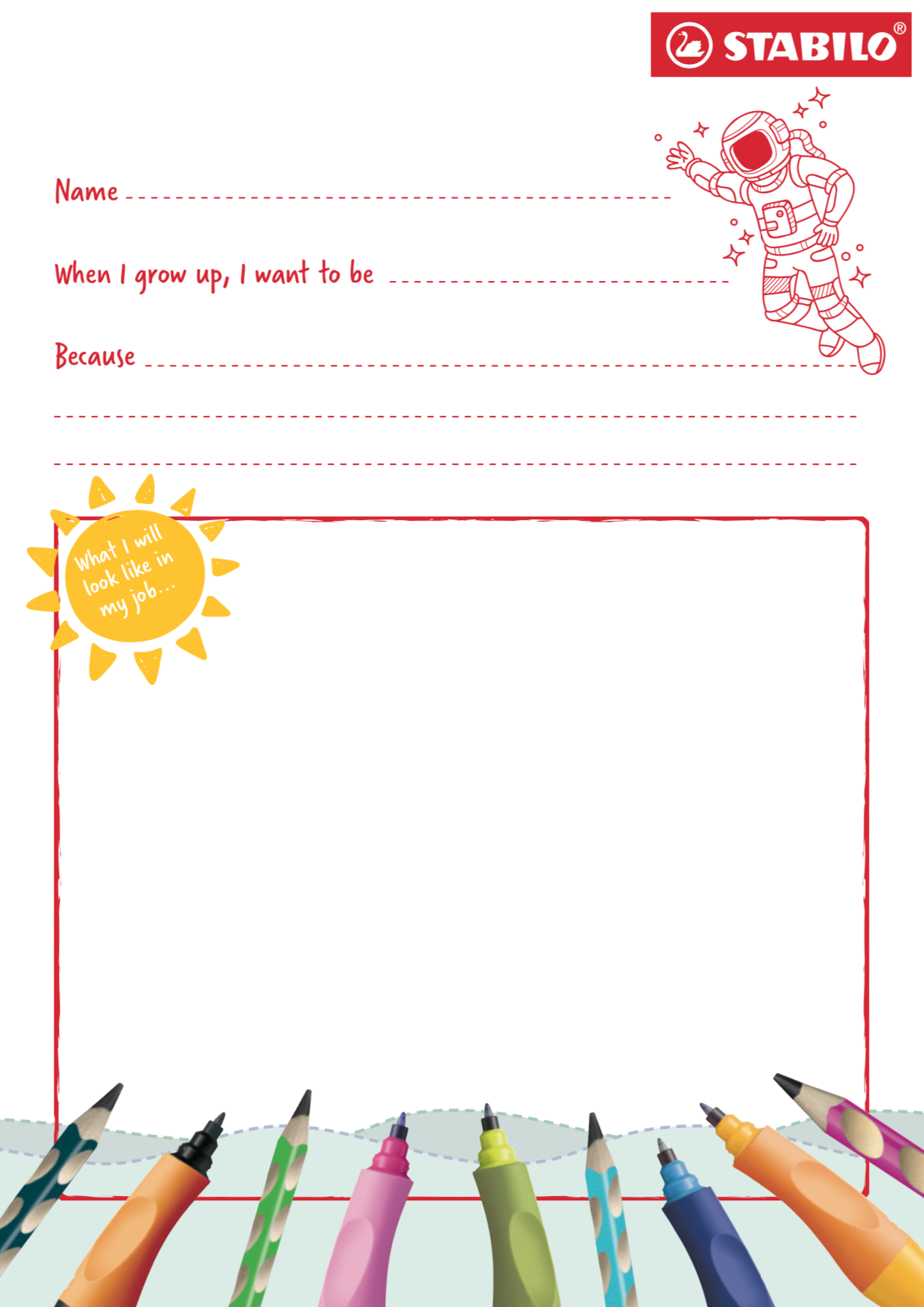