When will I know if my child is right or left handed?

It may be possible to see which hand your child prefers as early as 6 to 9 months although they may not consistently favour one hand until they are two or three years old. Some children can be ambidextrous up to the age of 6 so don’t worry if their dominant hand still isn’t clear. It’s important not to force them to use one side more than the other as this may impede their future development.

Why do left handed writers have a poor reputation for neat writing?

Left handed people face a lot of difficulties in everyday life. Handwriting can be particularly hard for lefties, especially if they are taught by a right handed person, as the grip of the pen and formation of letters is different. Common writing problems for left handed people include writing with a hooked or arched hand, smudging words, forming letters backwards, and being unable to use certain pens because of the way they drag across the paper.

Because we write from left to right, right handers pull the pencil, writing away from their body while left handers have to push the pencil, writing towards their body. Teaching left handed people to write the same way as right handed people can make handwriting slow, uncomfortable and messy. This can be a hindrance throughout adult life if not taught correctly as a child.

There are several factors that make it much easier for lefties learning to write, including:

• the grip of the pen or pencil

• the arm and wrist position

• the position of the writing paper

The tripod grip that is taught in school instructs children to hold the pencil with their index finger and thumb, resting it on the middle finger. Whilst this is relatively easy for right handed children, left handers can find it more difficult. Encouraging left handed children to use the tripod grip can help to prevent them hooking their hand when writing as it strengthens the wrist and aids dynamic finger movements. This will make it easier to control the pen as they get older. 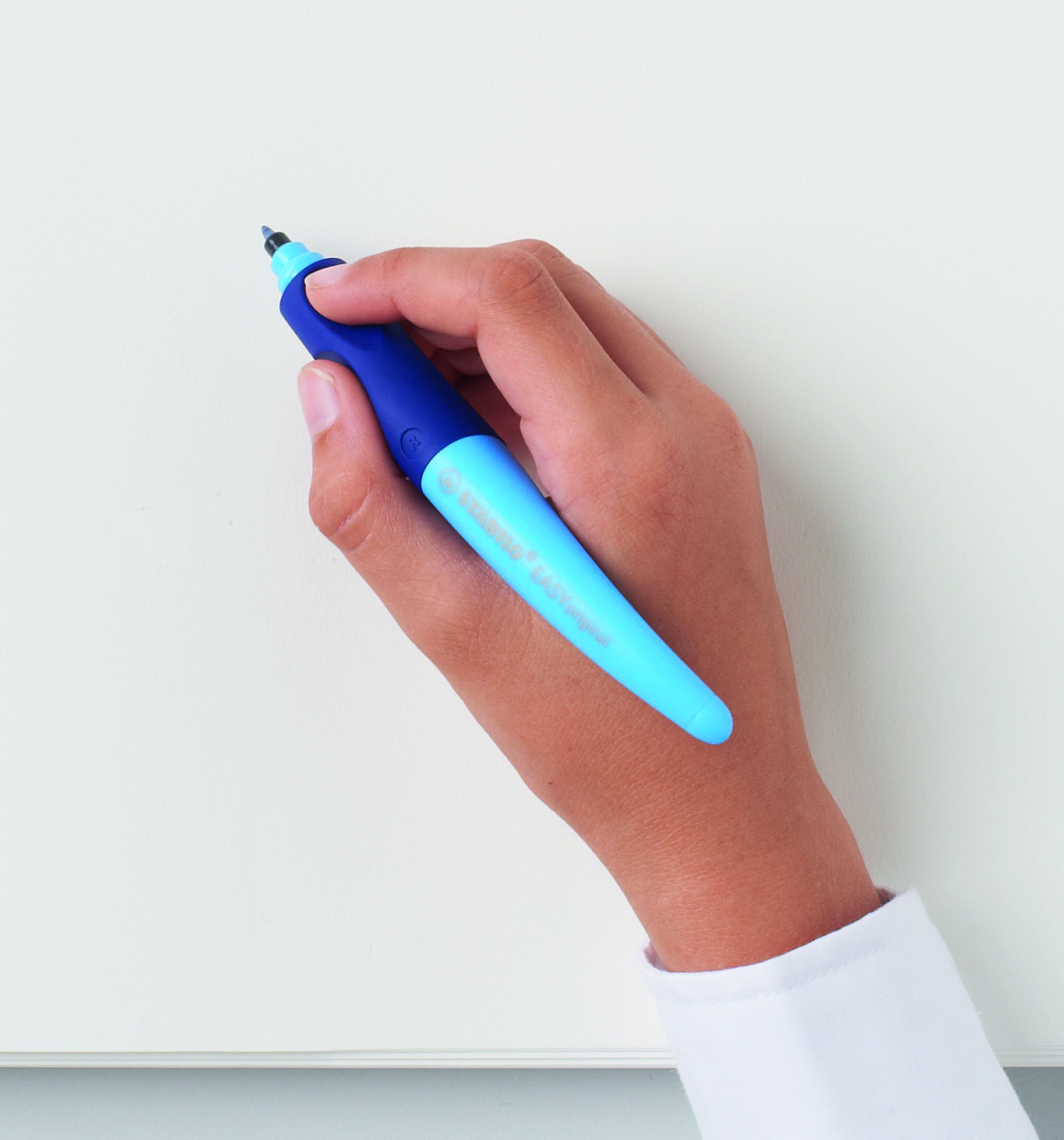 One problem that left handed writers have with gripping a pen is that they need to hold it high enough for them to see what they’re writing and to stop smudging. Another is gripping it too tightly which makes handwriting tense and increases cramp in the hand. Holding the pen about 3cm from the point with a relaxed grip should overcome these problems and enable left handed children to write more efficiently.

Many right handed people angle their paper up to match the natural angle of their arm when writing. Left handers can do the same by angling their paper down. This will make it more comfortable to write along the lines and stop the wrist hooking. Using the right hand to hold the paper still can also be a helpful tip, especially with younger writers who can become frustrated with the paper slipping around. By aligning the paper to the left of their body, left handed writers will have enough room to move their arm and see what they’re writing.

Being left handed doesn’t have to mean messy and smudged. STABILO’s range of EASY pens and pencils are designed to provide a relaxed hand posture with an ergonomically designed grip for both left and right handed writers. View the EASY range here.

What it’s like to be left-handed in a right-handed world:

Is your child’s handwriting all over the place?

Vote for this News
Kids